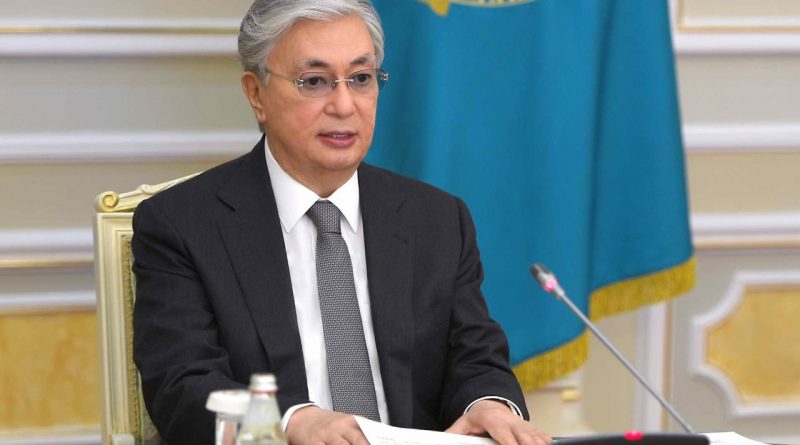 Nur-Sultan,– The President of Kazakhstan, Kassym-Jomart Tokayev has signed a decree “On further measures of the Republic of Kazakhstan in the field of human rights”. The Decree instructs the government to approve the Plan of Priority Measures in the Field of Human Rights (Action Plan), which envisages the implementation of the following key tasks:

According to the Decree, the Office of the President of Kazakhstan will be responsible for overseeing the implementation of the Action Plan. The government will submit to the presidential administration a report on the work carried out to implement the Plan on an annual basis.

Improving the mechanisms of interaction with the UN treaty bodies and special procedures of the UN Human Rights Council;

Ensuring the rights of victims of human trafficking;

Human rights of citizens with disabilities;

The elimination of discrimination against women;

The right to freedom of association;

The right to freedom of expression;

The human right to life and public order;

Increasing the efficiency of interaction with non-governmental organisations;

Human rights in criminal justice and enforcement, and prevention of torture and ill-treatment.

The issue of the protection of human rights has been a priority for President Tokayev since his election as Head of State in June 2019. He highlighted specific plans for government actions aimed at addressing human rights issues through legislation during a second meeting of the National Council of Public Trust (December 2019). The President also spoke about human rights issues during his annual State-of-the-Nation Address in September 2020. In particular, he instructed the government to take comprehensive measures to protect citizens, especially children, from cyberbullying, combat human trafficking and torture. In February 2021, at the fifth meeting of the National Council of Public Trust, the President proposed a new package of measures aimed at enhancing human rights protection for convicted persons, as well as strengthening legal mechanisms for the protection of the rights of women.

The adoption of the 9th June Decree further formalises human rights as one of the basic priorities of state policy. The implementation of its provisions will further promote the protection of human rights in Kazakhstan and contribute towards building a just and progressive state.

The Decree is in line with the concept of a “listening state”, put forward by President Tokayev. It envisages a government that listens to the comments and criticisms of the society. As part of this concept, the government is implementing substantial political reforms that cover three broad areas – democratisation of the country’s political system, more power to the people, and strengthened human rights.

In the field of the protection of human rights, the Office of the Commissioner for Human Rights is being strengthened, including by taking measures to open its regional offices. Kazakhstan has also joined the Second Optional Protocol of the International Covenant on Civil and Political Rights, thus formally abolishing the death penalty.

In addition, measures to support persons with disabilities and children left without parental care have been strengthened, punishment was increased for violence against children and sexual violence, paedophilia, kidnapping and illegal imprisonment, and domestic violence.

Furthermore, comprehensive work is underway to implement the instructions outlined in the State-of-the-Nation Address of President Tokayev in September 2020, in particular, improving the national legislation against torture to bring it in line with the United Nations Convention against Torture, and joining the Optional Protocol to the Convention on the Rights of the Child on a Communications Procedure.