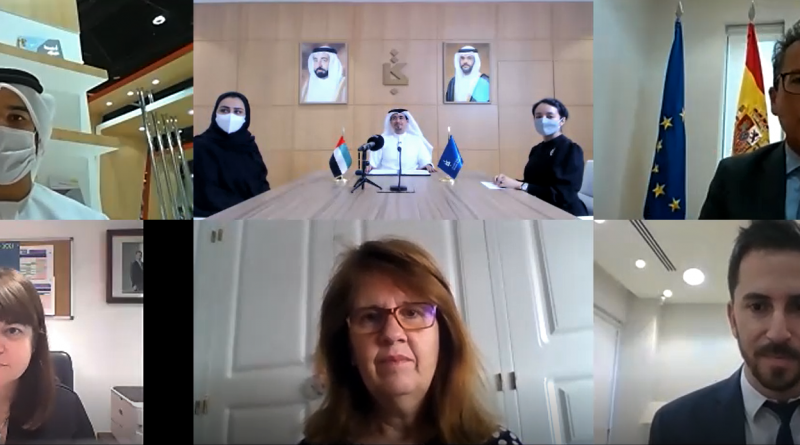 Sharjah Book Authority (SBA) has announced that Spain is the designated Guest of Honour of the 40th edition of the Sharjah International Book Fair (SIBF) slated for November 2021.

The largest book fair in the region and the one of the top three in the world is gearing up to welcome a host of Spanish publishers and authors to Sharjah for a milestone edition of SIBF, and will offer visitors as well as the global publishing fraternity a unique opportunity to dive deeper Spanish literature and culture, as well as its latest achievements in contemporary publishing.

As the two officials, HE Ahmed Al Ameri and HE Barthe formalised the agreement, the SBA Chairman turned the spotlight on SIBF’s 40-year history and its impact that has been felt by not just the Arab region but the entire world on their cultural achievements as well as the growth of their respective publishing markets. Reiterating that the world views Sharjah as a gateway into the region’s culture, Al Ameri emphasised that SIBF’s 40-year journey is a testament of the role and importance of books and book fairs in growing and sustaining a city’s or a nation’s cultural project.

“The celebration of global cultures by offering SIBF’s prestigious platform to authors and artists from around the world is a reflection of the vision of His Highness Sheikh Dr. Sultan bin Muhammad Al Qasimi, Member of the Supreme Council and Ruler of Sharjah, to boost cultural dialogue and bring people from different background together to share and learn about each other.”, Al Ameri added.

“We look forward to celebrating the unique aspects of the Spanish culture here in Sharjah, and look forward to welcoming them as Guest of Honour at SIBF 2021. Through these efforts, we seek to further widen the space for cooperation and dialogue between Emirati and Spanish people, cultural institutions, authors, artists and publishers,” he further added.

For his part, HE Antonio Álvarez Barthe, said: “It is our pleasure to sign this agreement on behalf of the Spanish Government and our Ministry of Culture. We look forward to enhancing the relationship between Sharjah and Spanish cities.”

HE Maria José Gálvez noted: “This is a great day for Spain and for our book industry. We look forward to seeing the success it will have for us as a country as well as for our authors and our publishing sector. It is an absolute pleasure to work with SBA, and we look forward to presenting our creativity and exchanging our expertise in the literary sector with all participants of SIBF who will join us from around the world.”

With a series of literary dialogues, exhibitions, theatre, music and creative cultural activities, Spain is bringing a vibrant cultural programme to SIBF 2021.