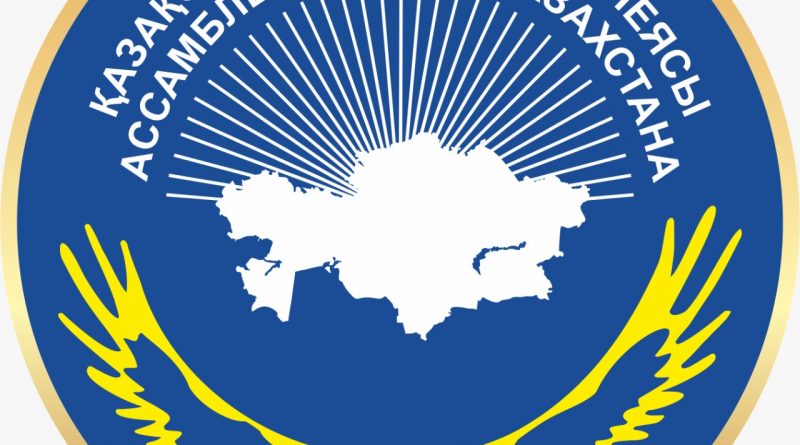 A few days ago, the 29th session of the Kazakhstan People’s Assembly (APK) was held, with the presence and participation of the first president, Nursultan Nazarbayev, the Kazakh President Kassym-Jomart Tokayev, and more than 600 people, and the session was titled “30 Years of Unity, Peace and Harmony”.

The Kazakh Foreign Ministry statement said:”The Assembly of the People of Kazakhstan, established in 1995, plays an important role in the formation of a unique model of social unity for the nation that comprises more than 130 diverse ethnic groups. The main goal of the Assembly is to implement the national policy, ensure social and political stability in Kazakhstan and increase the efficiency of cooperation between state institutions and civil society in the field of interethnic relations”.

The Kazakh Foreign Ministry statement add that there are more than 1,000 ethno-cultural associations (ECA), 29 at the state level:

There are 160 youth organisations (more than 6,700 people) operating under the ECA and united in the network of the Assembly’s youth movement “Zhangyru Zholy”.

40 “Houses of Friendship”, multifunctional resource centres, operate under the Assembly.

Under the auspices of the Assembly, 2,737 Councils of Public Accord and 1,847 Councils of Mothers operate at the regional, city, district and village levels, as well as among workers of large enterprises. They are actively involved in solving urgent issues of the local population, including in the prevention of any conflicts.

52 ethno-cultural mass media associations are registered in Kazakhstan. One journalists club at the state level and 15 regional clubs operate within the Assembly.

Promoting mediation in the field of social harmony and national unity is a key priority of the Assembly, which includes a Council at the state level and 17 mediation offices at the Houses of Friendship that organised the work of 342 dialogue platforms. There are 1,692 mediators registered by the Assembly.

The statement explain:”  The Assembly also promotes the development of charity in the country, provides coordination and other support. For the 1st quarter of 2021, the Assembly raised 187 million tenge (around 440,000о USD) at charity events and provided assistance to 4,715 families and more than 22,000 socially vulnerable citizens.

There are publicly-funded Uyghur, Korean, German and Uzbek theatres in languages of ethnic groups”. And mentioned the  objectives of the Assembly as the following:

The Assembly contributes to the creation of favourable conditions for further strengthening of interethnic harmony, tolerance and unity.

It assists government authorities in forming political and legal culture of citizens based upon democratic standards.

The Assembly promotes efforts of various ethnic and cultural associations, helps to revive, preserve and develop the culture, language ​​and traditions of different ethnicities of Kazakhstan.

The Assembly has contributed to the establishment of a unique model of interethnic and interreligious accord in Kazakhstan, with an atmosphere of trust, solidarity and mutual understanding, where every citizen, regardless of their ethnicity or religion, enjoys full civil rights and freedoms guaranteed by the Constitution.

The Assembly promotes the development of charity.

17 religious denominations are represented in Kazakhstan.

There are approximately 3,800 religious associations in the country.

The policy of interethnic peace and harmony is successfully implemented in Kazakhstan. At the dawn of independence, forecasts included the possibility of large-scale interethnic conflicts and the risk of losing statehood. Clearly aware of such risks, in May 1993, Nazarbayev spoke about the key ideas of interethnic policy, the main of which was equality of people regardless of ethnicity, faith or language under the law. Eleven articles of the Kazakh Constitution affirm, protect, and strengthen the unity, peace, and harmony of our state.

Kazakhstan’s Assembly of People, a unique public institution created on the initiative of the First President in 1995, was called to support and promote the strengthening of interethnic harmony.

Life has proved that the strategy chosen by Elbasy (Leader of the Nation)  turned out to be correct. As Nazarbayev noted: “This allowed us to create the most favorable conditions for building statehood and provided a powerful resource for shaping the image of modern Kazakhstan.”

The correctness of the chosen strategy is also confirmed by surveys of the country’s population, which clearly demonstrate that the policy in the field of interethnic relations is supported by most citizens.

It should be noted that over the years of development, there has been a consistent increase in the political weight and influence of the APK, as well as its qualitative development. To date, more than 500,000 people participate in the work of public councils and the Assembly.

As Nazarbayev emphasized, as we emerge from the pandemic crisis, this work must be continued. He considers it important to consolidate the efforts in this direction of the government, the Nur Otan Party, the Assembly, as well as those citizens who can and are ready to provide assistance to those in need.

Finally, the key news was Nazarbayev’s transfer of his power in the APK to President Tokayev. In turn, Tokayev appealed to Nazarbayev with a request to accept a general proposal from the entire Assembly to become an honorary chairman of the APK, considering the great historical services of Nazarbayev to his people and the country.

Nazarbayev assumed new responsibilities and noted that the APK supports all the initiatives of the head of state. As the honorary chairman of the APK emphasized, “we will move forward.”