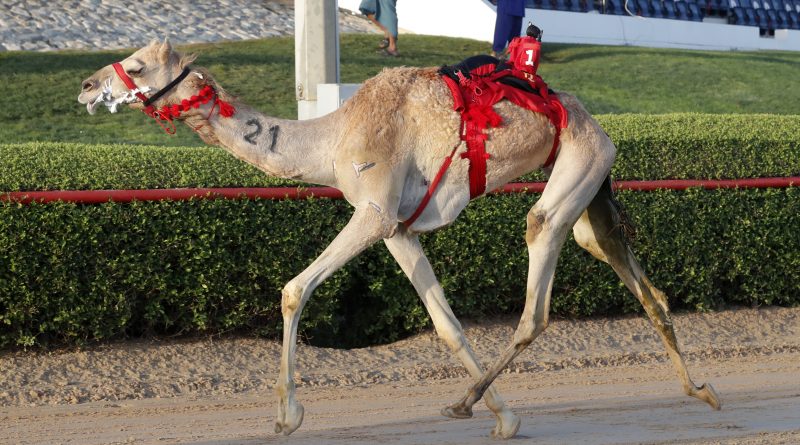 The first four laps witnessed the Magnificent Twin, Al Asifa Camels, and The Presidential Camels, shared the booty by seizing a Trophy and a Riffle.

We do believe that there is a magician in every sport, i.e., Ronaldinho in football, Joao Moreira in horse racing, Lewis Hamilton in Formula One. But, in the UAE and the Gulf countries’ Camel Racing, we have one magician called “ Bin Zaytoun” the retained trainer for The Presidential Camels, whom today we watched his magic, when he spellbindingly snatched lap one for Open Jatha’a Abkar via “Eltimas” receiving the late Sheikh Maktoum Bin Rashid Al Maktoum’s Trophy & AED 500, 000,00 recording 08:47:03 minutes, and 26 minutes later he magically seized a Riffle and AED 400, 000,00 by winning lap four designated for Local Jatha’a Jeadan.

The mighty Al Asifa trainer has never been away from the winning stage, he always there displays incomparable performances, today he proved this fact when he sent his smarty she-camel “Nada” to granting him the late Sheikh Maktoum Bin Rashid Al Maktoum’s Trophy & AED 500, 000,00  in the lap three that allocated for Local Jatha’a Abkar, in lap two for Open Jeadan he sent “Al Faris” to beat its rivals snatching the Riffle and the AED 400, 000,00 and  also recorded the best timing of 08:43:04 minutes.