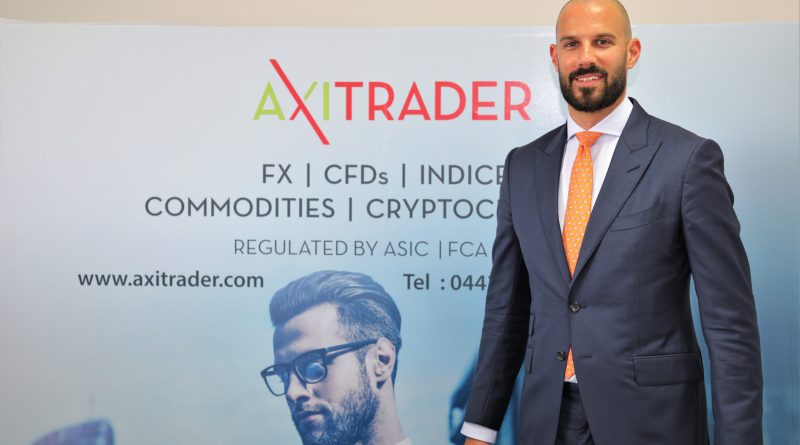 DUBAI, UAE; 23 April 2018: AxiTrader, the online trading platform, has announced the winner of its competition to identify the Middle East’s top online trader using its cutting-edge Artificial Intelligence (AI) analytics platform, PsyQuation. The winner, Mohammad Owais Sivany, was announced at a gala event on April 21 at the Dubai Opera House.

He was identified by the PsyQuation platform, which ranked traders on four factors, skill, risk, behaviour and history during March and April, to determine the most talented and effective trader in the Middle East. The winner will receive a trip to London, including a five-day Institutional Trading Workshop with Knightsbridge Trading Academy (accredited by the London Stock Exchange). Second and third prizes were also awarded to Abdybek Bektemirov and Osama Bakour respectively.

Filippo De Rosa, Chief Executive Officer of AxiTrader Middle East, commented: “AxiTrader launched this competition to identify the top trader in the Middle East and showcase Psyquation, the world’s leading AI-powered analytics platform for online traders, which we recently launched here in the Middle East.  We have seen participants go head to head over the last two months and being ranked by Psyquation, so we are excited to finally announce the winner of our competition, recognizing his outstanding performance.”

The competition also saw a number of traders demonstrate their exceptional trading abilities and achieve high scores, making them eligible to receive funding from AxiTrader’s incubation fund, which provides traders with the funding required to set them on the path to become professional traders. Using the highly accurate Psyquation scoring and ranking, AxiTrader has already allocated funding of over AED 2.1m (AUS$820,000) to traders globally, including here in the Middle East.

The gala event to announce the winner followed a roundtable held earlier in the day to discuss the online trading industry – from the opportunities the global markets present to retail investors today to how AI is transforming traders’ ability to benefit from these trends by analysing and enhancing their performance. The roundtable was hosted by Filippo De Rosa, CEO of AxiTrader Middle East and its global Chief Market Strategist, James Hughes. They were joined by Vladimir Krouglov, Co-Founder and Chief Technology Officer of PsyQuation, giving a unique perspective on the online trading industry, today and in the future.

PsyQuation provides traders with a PsyQuation Score based on data from over 120,000 traders worldwide along with tens of millions of trades, which then provides a ranking tool to predict the future performance of traders by understanding the skill, risk, behaviour and history profile. It helps users identify their strengths and weaknesses, allowing them to pinpoint where they need to develop their skills and subsequently, become a profitable trader.

Mohammad Owais Sivany, winner of the title, the Middle East’s Top Trader, said, “I am thrilled to have won this competition and the trip to London, and I’m proud to have been named the Middle East’s top trader. I’d like to thank AxiTrader and PsyQuation for making this possible and providing me with the opportunity to further develop my trading skills.”

The 29th anniversary of Kazakhstan’s Renunciation of Nuclear Weapons