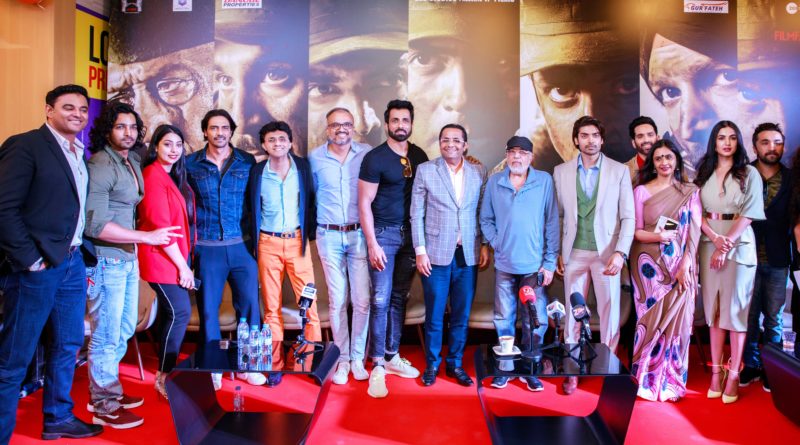 JP Dutta is known for his patriotic films loved by audiences across the world. Paltan is based on 1967 Nathu La and Cho La clashes along the Sikkim border after 1962 Sino-Indian War. The film will celebrate the life of the brave Indian soliders who fought and defeated the Chinese infiltrators. The trailer has left the audience in sheer anticipation for the film and with just one month’s left for the movie.

Founder and Chairman Danube Group Mr Rizwan Sajan said: “Glad to host the team of Paltan at our Danube properties office. It gives me immense pleasure to welcome the star cast and the film makers who are known for some really inspiring block buster’s such as LOC, Kargil, Border, Refugee etc. We are all set to celebrate the spirit of nationalism along with the team.”

‘Paltan’, the movie is slated to release on September 6th 2018 in the UAE.  We thank the transport partner Gurfateh transports, security partner Prime security, hospitality partner Steigenberger for the support!!