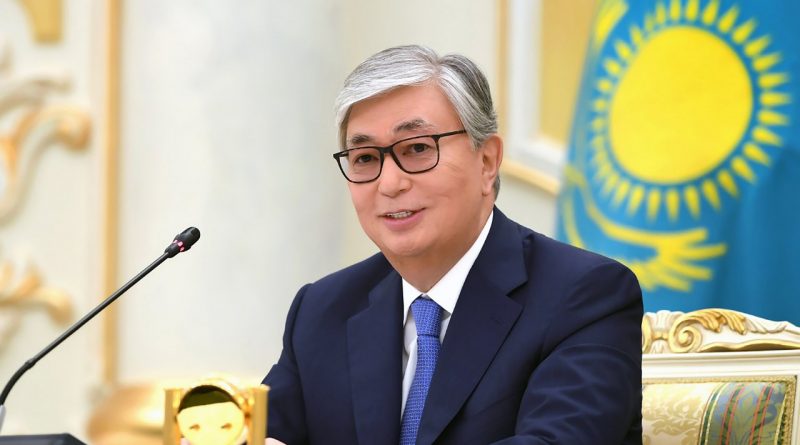 Kazakhstan, like all countries of the world, is going through its difficult period and does not hide its challenges and individual problems.

As in all countries of the world, the national healthcare system of the Republic of Kazakhstan is undergoing a severe test, both citizens and doctors, who are on the front line of the fight, are becoming ill. Just like in the whole world, there are human losses in Kazakhstan. All this naturally impacts the morale of the population, which, it must be acknowledged, previously did not completely trust the information about the new coronavirus.

Kazakhstan has confronted panic, provoked by an overload of various information and a wave of incorrect assessments in foreign mass media. This led to a certain misunderstanding of the real situation in Kazakhstan. Thus, the so-called infodemia around the coronavirus, which the WHO warned about earlier this year, jumped the gun and exaggerated the risks in the minds of the population.

So what is the real situation? Currently, more than 61,000 cases have been recorded in the country, of which 375 have been fatal. According to the classification of the American Johns Hopkins University, Kazakhstan occupies the 31st position in the world in terms of the prevalence rate of the illness (https://coronavirus.jhu.edu/map.html). In these conditions, Kazakhstan is adapting to the changes in the epidemiological situation.

First. On July 10, at an expanded meeting of the Government, the President of the Republic of Kazakhstan, Kassym-Jomart Tokayev, summed up the results of the work carried out to counter the epidemic and set out new tasks. In his statement, the Head of State directly answered all the resonant questions that concern the Kazakhstani society, and set the Government clear tasks for the new period of battle with COVID-19. The President publicly criticized the mistakes and shortcomings in the work of a number of central government bodies and local authorities in the regions of Kazakhstan.

The head of state put an end to the discussions and doubts regarding the statistics on the increase of incidence of the disease. He noted that all statistics in Kazakhstan are absolutely transparent, and various disinformation is aimed at destabilizing the situation. Such a public discussion of all pressing issues and urgent problems in the implementation of measures to combat the epidemic indicates the openness of the state and transparency of the state’s response to the epidemiological challenge.

Second. At a new stage in the fight against the epidemic, the Government of the Republic of Kazakhstan has replaced the senior management in the healthcare system. A new experienced Head of the Ministry of Health has been appointed, and the state body has been given broader powers for interagency coordination in the field of combating the epidemic. The new leadership of the Ministry of Health has changed the methodology for counting the patients infected with coronavirus, which led to an increase in their number, and an uncertain perception of the epidemiological situation due to different statistics.

The new management at the Ministry is currently preparing an updated protocol for the treatment of coronavirus, taking into account the outbreak of pneumonia caused by the coronavirus infection. In addition, the new management in the Ministry is preparing a package of measures to protect the population from COVID-19, which is based on the effective experience of states that have already managed the epidemic and which have good medical potential.

Third. In response to public criticism of disruptions in the supply of medical drugs and equipment, President Tokayev instructed to change the leadership of two organizations responsible for the distribution of medicines and public access to medical services. In particular, there has been a change of leadership in the Compulsory Health Insurance Fund, which must provide the population with equal access to health services. The leadership of SK Pharmacia, a state organization that distributes medicines in all regions of the country, has also changed. The new leadership has the task of ensuring an uninterrupted supply of necessary medicines.

President Tokayev ha also set the task of creating the necessary reserve of medicines and medical devices. It is planned to additionally purchase more than 4,000 ventilators in case of the worst case scenario of the development of coronavirus. More than 3,000 units will be purchased from domestic manufacturers. According to the Ministry of Industry and Infrastructure Development of Kazakhstan, starting in August, industrial production of ventilators will be established, and the first batch of 595 units will go to healthcare organizations.

Fourth. The country is preparing a package of measures to stimulate the national economy in a downturn in business activity. The Government and the National Bank are developing an action plan to support sectors of the economy and the population in the event of a likely worsening of the situation. To increase the efficiency of the budget revenues, tax preferences and benefits will be analysed. In order to create a stable environment for attracting direct investments, necessary amendments to the legislation will be introduced to the Parliament of Kazakhstan to ensure stability in maintaining conditions for strategic investors.

Fifth. The state will provide financial assistance for food products to certain categories of the population, as well as make social payments in case of temporary loss of income.

During the second post-quarantine stage, when it is necessary to deal with the epidemic and rebuild the economy, it has become much more difficult to cope: the epidemic in the country is reaching its peak. When comparing this period with previous months, there is to some extent a perception that a complete crisis is taking place in Kazakhstan.